The Rizzo Empire (R/E: The Holy’eth Imperium o’Rizzo), also known as the Liberty Empire, makes up a substantial amount of the so-called “Rizzo Realm”, administrated in Bobbyville, Liberty. Though the Rizzo Empire claims a substantial amount of territory throughout the globe, these have yet to be recognised by any country or organisation (such as the UN). According to the government of Liberty (which administrates the realm and, by extension, the “empire” de jure) these colonies are an important and inseparable piece of Liberty. There are 4 “colonies” in total. 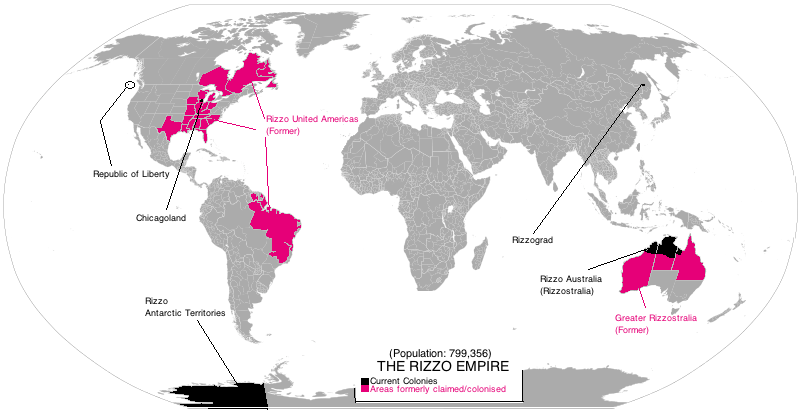